Our main reason for visiting Malta (other than ticking off another European country) was for Craig to enter the Xterra Triathlon*, if we had checked the ferry prices before paying the entry fee for Xterra we may have thought twice but of course we weren’t that organised! Luckily Malta was lovely and we were happy to have made the trip.

The weather leading up to the triathlon was wet and windy so the athletes had a rough swim and a muddy course but Craig did really well and Leo behaved himself and didn’t trip up any runners or chase after the bikes!

* Xterra is an off-road triathlon series where athletes compete on mountain bikes instead of road bikes and the bike and run sections are both off-road. More on the Xterra series here: http://www.xterraplanet.com 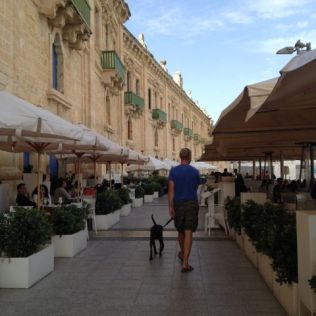 The waterfront in Valletta

A delayed start as marker buoy ropes got tangled in dinghy propellers! 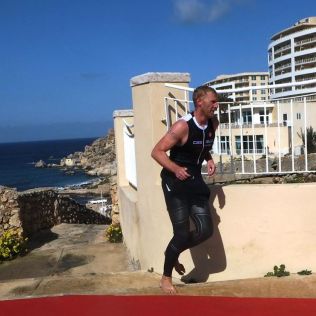 Out of the water and up the hill. 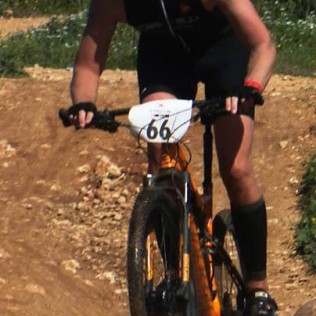 MTB course through the national park.

Finished after a hard run in the heat.

A well deserved beer after the race.

Walking the dog on Golden Bay.

One thought on “Malta”